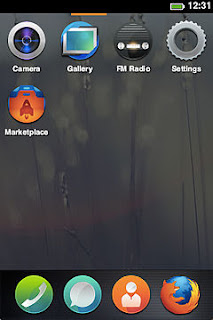 Firefox OS is an Operating System for Mobile platform under development by Mozilla. This is first OS which uses web as its platform. It is developed in open web based standers like HTML5, JavaScript and CSS. C++ is also used for development. Firefox OS is open source operating system which has Linux based Monolithic kernel. Currently developing by Mozilla under project name Boot to Gecko or B2G.


Using Web as a Platform

This is how Mozilla describe its new upcoming mobile platform operating system Firefox OS. It is using web as its platform. It’s only because it is programmed in open web based standers. Programming languages like HTML5, JavaScript and CSS are used to design the core modules of Firefox OS. C++ is also used as a programming language for core parts. As already said it is built entirely using several Open web Standers like HTML5, JavaScript, CSS so surely Firefox OS will be free from many protocols and restrictions of present existing mobile platform OS.


Comparing with other Mobile platform OS

According to Mozilla’s Director of Research Mozilla Firefox OS will be more accessible as compare to present mobile platform OS present in market because Firefox OS didn’t using any proprietary Software or technology. Firefox OS has complete software stack made of HTML5 so there is already huge number of application developer present in market. So as soon as Firefox OS will be in market developer can easily start developing application with their old and known technologies like HTML5, JavaScript and CSS.

The Architecture of Firefox OS is basically categories into three terminologies- Gaia, Gecko and Gonk.
Gaia-
This is user interface of Firefox OS. It consist of everything like lock screen, home screen, text-messaging, camera app, file manager, telephone dialer and many more user interfaces that drawn to screen just after Firefox OS start. All of these components are designed and written in web based standard languages HTML5, JavaScript and CSS. These UI’s are communicating with core OS with help of Open Web APIs. These API’s are developed by Gecko.
Gecko-
This is Application Runtime for Firefox OS. That means consist of a network stack, layout engine, virtual machine and porting layers. It is also developed in open web standards for HTML, CSS and JavaScript.
Gonk-
This is core part and lower level of Firefox OS. IT mainly consist of Linux kernel and hardware abstraction layer (HAL).

The booting processes of Firefox OS is quite similar to other mobile platform OS. The boot loader executed at initial phase and showing company logo and other information on mobile screen. After initializing all variables the control is transfer to Linux Kernel. 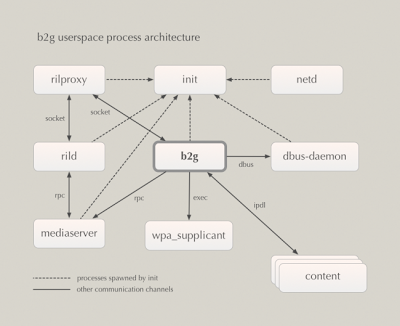 How to Bypass Restrictions and Unblock Content in Seconds

Ever wanted to watch a YouTube video but couldn’t because it wasn't available in your country? What about trying to watch the latest ...